Lee Yong Dae: ”My mother had my fortune read and told me that I am suited to a girl one year younger than me.”

With his Olympic gold medal halo and looks that make him the spitting image of Korea actor /singer Lee Seung Gi, Lee Yong Dae has many “older sister fans” and, because of his habit of cheekily winking at the camera, he is known as “the Winking Prince.”

Agile and self-confident on court, in private Lee is actually a shy “big boy.”

Once when interviewed by a Korean TV station he talked about how his mother had to toil to make ends meet when he was young and how this made him determined to succeed as a badminton player so he could pay her back.

The lucky charms his mother gave him and her regular text messages of support are the main sources of his desire to win;the subtle interaction between mother and son shows how deep their feelings are for each other.

He jokes that his mother hopes he will focus all his attention on playing badminton and not start courting yet and she actually had his fortune told for him, the fortune-teller saying that he is suited to a girl one year younger than he is.

Lee started playing badminton seriously when in fifth grade and was selected for the national team at the age of 15, to date the youngest player ever to play for Korea.

His outstanding skill and results winning him the sobriquet “badminton boy genius”. Since claiming the men’s doubles and mixed doubles title at the 2005 Asian Junior Championship, he has had success in various international tournaments and has amassed substantial "combat” experience.

At the 2008 Beijing Olympics, at just 20 years of age, Lee won his first Olympic gold and playing at three successive Olympics is the goal that he is pursuing determinedly; such is his commitment to the game that he says he is “betting my life on a shuttlecock.”. 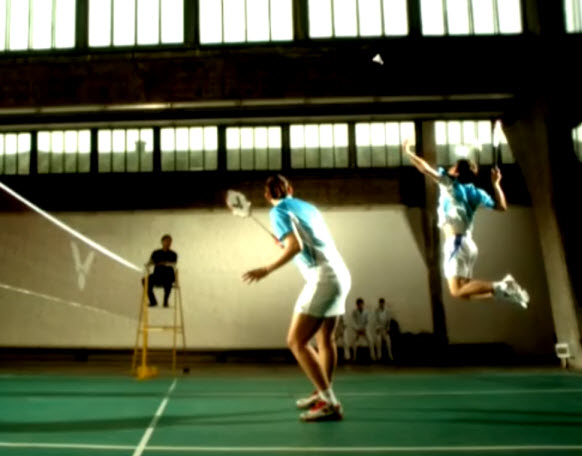 Up close and personal with Lee Yong Dae: 23 questions

You began playing at a young age. What motivated you? Were you influenced by your parents？

In the summer vacation of second grade I began to feel I was a too fat so wanted to do some exercise to lose weight.

The only school sports club where I lived in Hwasun County was a badminton club so I began to play. I was hooked right away and have played ever since.

My parents basically have always supported me, apart from one time when they told me to take it easier when I became too thin because I practiced too much, but, apart from that, they have always been very supportive of my interest in badminton.

How do you relax before a game？

I listen to some happy music while I warm up, sometimes pop songs, sometimes dance music, depending on my mood at the time. 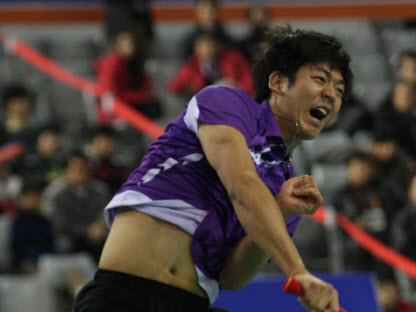 You once kissed your necklace after winning a match. Do you have a habitual way of celebrating a win?

I don’t remember kissing my necklace! ( laughs ) and I don’t have any habitual actions when I win.

It’s hard to know if you will win a match or not so, if you win, you naturally let out a victory cry or get down on your knees….it’s not prearranged, it all depends on your emotions at the time.

You have played many matches. Which is most memorable?

Our opponents in the final in the mixed doubles at the 2008 Beijing Olympics were Nova Widianto / Lilyana Natsir of Indonesia.

We won the gold because we beat them and felt that I grew a lot personally as a result of this match.

What effect did winning the 2008 Beijing Olympic gold medal have on your life?

After I became famous I would often be recognized on the street. I’m not recognized so much now a few years have passed since Beijing, but I’m still recognized by two out of every ten people. 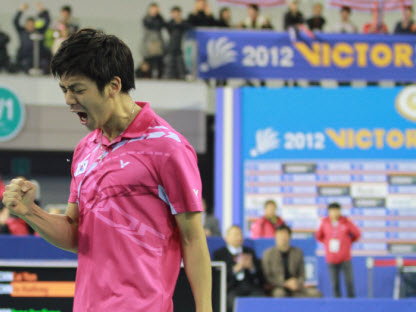 You are the reigning mixed doubles Olympic champion. Will this this put you under special pressure at the London Olympics?

Of course there will be some pressure because I won in 2008, however, my current partner and I are working well together and trying hard and we should be able to perform well. I am around 70% confident that I can retain the mixed doubles title.

Are you training or preparing in a special way for the London Olympics?

The training plan at present is focused on a few of the strongest pairs we might face; we analyze their strong and weak points and discuss strategy.

We also have to prepare to play other players, but time is limited so in training we are first simulating playing the strongest pairs.

The next article “The little brother of all Korea badminton fans-Lee Yong Dae (2)” will introduce more about Lee Yong Dae in detail. 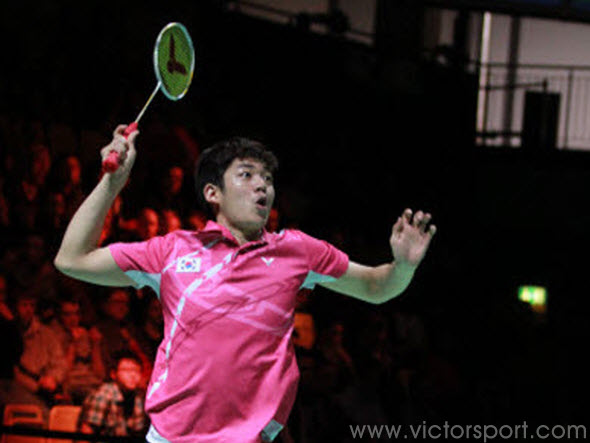 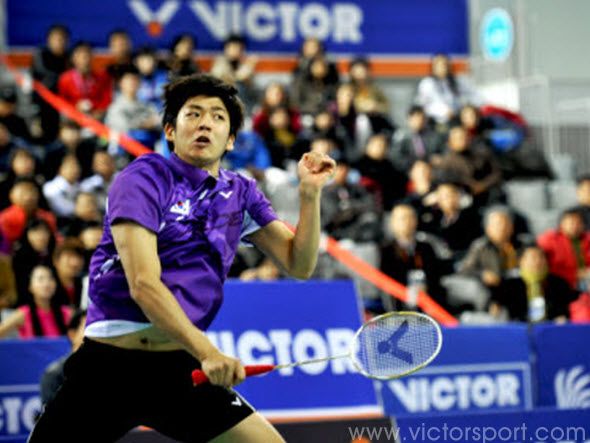