The METEOR X– JJS is a racket custom-designed for and autographed by Jung Jae Sung, the captain of the Korean team and top Korean men’s doubles player.

The MX-JJS inherits the “fast and powerful” characteristics of the MX racket series and is an attack-oriented racket.

The designers based the racket on the MX-80’s characteristic and then followed Jung’s requirements in terms of feel, performance and appearance; the player frequently participated in racket related discussions, it was subject to detailed adjustment and tested by Jung in person, and finally this autographed Jung Jae Sung racket was born. 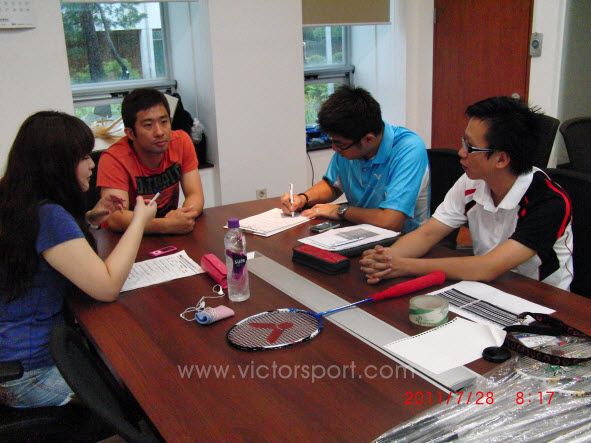 Jung discussing the racket with the R&D team

The setting of the properties of the MX-JJS took into account Jung’s playing style and his requirements.

Jung has a powerful smash, is able to change position quickly and is adept at drop shots from the back of the court so the design of the racket inherited the Octablade structure frame of the Meteor series and used the latest grapheme strengthening technology at the racket’s t-joint, effectively making the racket more stable and increasing strike controllability.

Accompanying Jung on court this racket will give Jung greater precision and further strengthen his offensive capability. 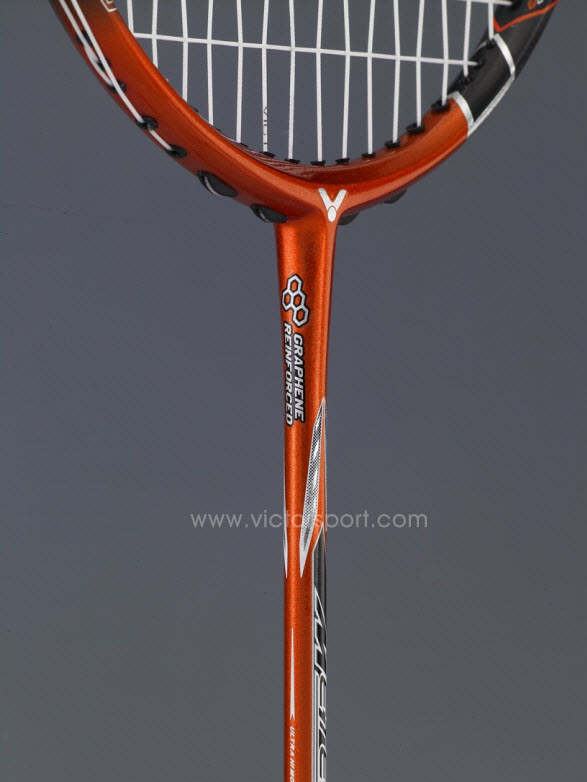 The design of the MX-JJS painting reflects Jung’s maturity, reservedness and reliability and his color preferences.

The frame’s matte black symbolizes reservedness and reliability, while the head and the T-joint is adorned with asymmetrical bright orange; the shaft has the pattern of Jung’s autograph; overall, the racket’s appearance reflects the characteristic of the player, the connection emphasized by the autograph on the shaft. 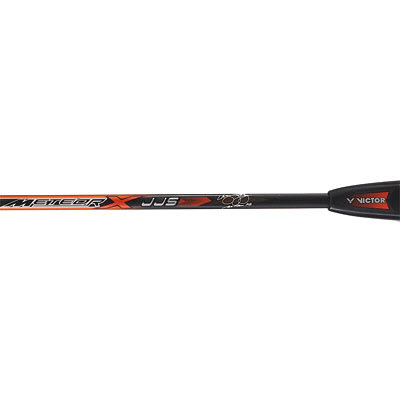 The shaft has the pattern of Jung’s autograph

The MX-JJS has to be used in major tournaments before the plane of the perfect match between player and racket can be reached.

Jung actually used the MX-JJS in a tournament for the first time at the recent Indonesian Open Super Series, in the final of the men’s doubles delivering fearsome smashes of up to 289km / h on the way to brushing aside the world ranked double three Danish pair to take the title.

The MX-JJS will be available for purchase in the summer of 2012. If you like Jung or if you are a fan of the MX series don’t wait, you can also enjoy the attacking pleasure that the racket gives just like Jung. 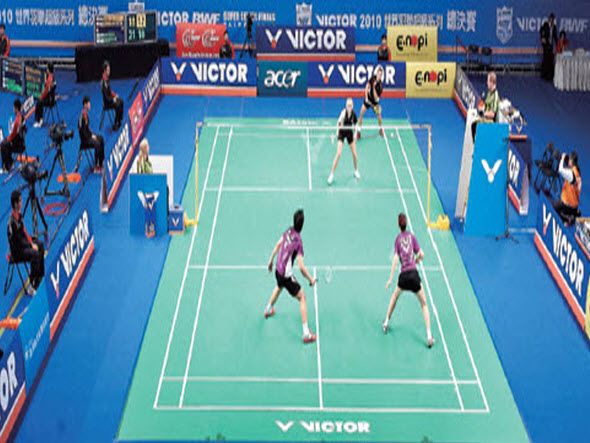 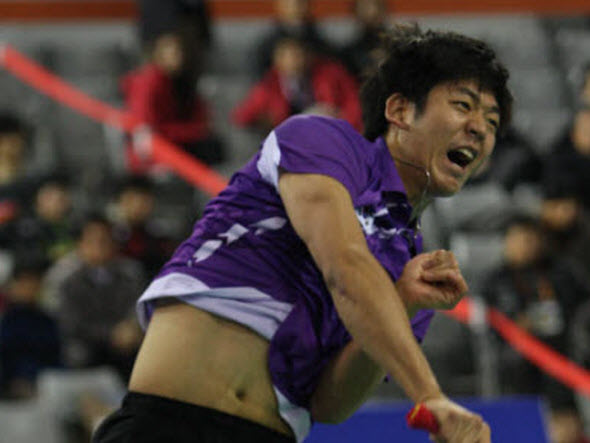